Bitcoin transactions are the latest buzz and a lot of people are investing in the cryptocurrency. Although other forms of digital currency have been presented in the past, Bitcoin is the first successful, widely-used currency that gained a lot of traction and interest.

So, how exactly do Bitcoin transactions work? We realize it can be a very complicated subject, but we’re here to help you understand! Bring all your questions to us and we’ll make you feel more comfortable when it comes to Bitcoin.

The main difference between Bitcoin transactions and regular transactions is that everything is completely digital with worldwide reach.

A huge benefit to Bitcoin compared to other transactions is that it acts as a global currency. No more worrying about exchanging different currencies between countries. With Bitcoin, it’s a seamless process that is accepted universally.

Although Bitcoin was created in 2009, it didn’t start to really gain popularity until 2017 as its price increased over 1500% during that year.

The value of Bitcoin became apparent and investors wanted to get their hands on it. It’s as easy as using cash online without the use of a third party.

During that transaction, no one else interrupted, no one else got a cut of your $5, you simply gave your friend $5 and they received exactly $5. Bitcoin transactions are as simple as that, only it’s all done digitally.

Why Invest in Bitcoin?

In today’s technology-driven world, digital services are much more convenient. The old-fashioned ways of writing someone a check or mailing cash to a friend or relative are inconvenient and time-consuming.

Consumers are moving toward the ease and convenience of digital transactions and it’s soaring with popularity.

The differentiator between Bitcoin and all of the other attempts at cryptocurrency is that Bitcoin finally figured out how to remove the need for third parties and eliminated the risk of double-spending.

Double spending is a big concern with digital transactions as it essentially allows the currency to be sent to two separate recipients instead of just one recipient.

The creators of Bitcoin were able to overcome this challenge by using an open-source public ledger, allowing users to maintain, secure, improve, and check transactions. This helped keep the cryptocurrency as secure and simple as possible, which caused the popularity to soar.

Early investors of Bitcoin have seen a massive return on their investment. The initial price started out relatively low when Bitcoin was released, so it was an easy investment before it gained popularity and caused the price to soar.

According to Investopedia, if you invested $100 into Bitcoin in 2011, your investment would now be worth over $2 million.

The price of Bitcoin fluctuated, but it has proven to be a wise investment overall. It bridges the gap between different currencies and gives us an international currency that can be used globally anywhere, anytime.

Let’s cut to the chase - cryptocurrency is confusing! Although Bitcoin can seem complex and difficult to understand, our team is here to break it down and make it easy for you.

It’s our job to educate you about Bitcoin, while you reap the benefits of your investment. Don’t worry about knowing all the complexities of how it works, we’re here to help! We are happy to educate you on everything you need to know about Bitcoin transactions.

Bitcoin doesn’t have to be complicated and comes with many benefits, including:

The staff here at EZ Money is here to help you generate your Bitcoin address and load money on a prepaid debit card.

Bitcoin is an emerging technology, and this can lead to confusion and a lot of questions. Our staff knows how to keep you protected. A few cautions to keep in mind include:

We are well-versed in Bitcoin and we’re here to navigate you through the transaction. Stop by today to take advantage of the appreciating value of Bitcoin with local experts you can trust. Still have questions about Bitcoin? Contact us today! 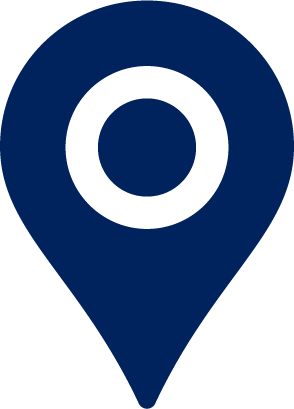 Payday advances are typically for two-to four-week terms. Some borrowers, however, use payday advances for several months, which can be expensive. High-interest loans such as Payday Advances should be used for short-term financial needs only and not as a long-term financial solution. Customers with credit difficulties should seek credit counseling before entering into any loan transaction.

Approval depends upon meeting legal, regulatory and underwriting requirements. EZ Money and third party lenders may, at their discretion, verify application information by using national databases, including but not limited to Lexis Nexis, that may provide information from one or more national credit bureaus, and EZ Money may take that into consideration in the approval process.

EZ Money, at its discretion, may verify application information by using national databases, including but not limited to LexisNexis, that may provide information from one or more national credit bureaus, and EZ Money may take that into consideration in the approval process.

For specific rate and term information in each state you can click on the above link for the specific state of your choice.